Welcome to the official website of Clare Short, home of her collected articles, interviews, speeches and correspondence from across her twenty-seven years as MP for Birmingham Ladywood and details of her work since leaving Parliament.

I would like to thank UNA -UK for the honour they have given to me in awarding to me their Sir Brian Urquhart award for ...
Read more
30th October 2022 / International development, Speeches

Only a new asylum convention can thwart the people smugglers

The proposal to send asylum seekers arriving by boat to Rwanda, in order to discourage future arrivals, is clearly abhorrent and unlikely to work. But ...
Read more
4th August 2022 / Letters

Last month Clare gave a lecture at the London School of Economics titled What's Wrong with Aid? as part of the their Cutting Edge Issues in ...
Read more
7th November 2021 / Blog, International development 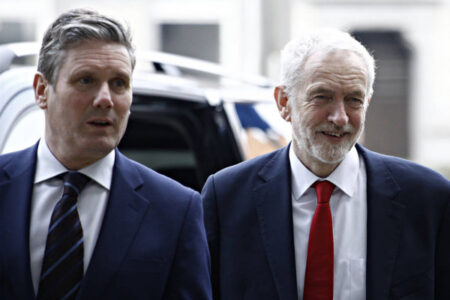 Labour claims, parroted by many well positioned commentators, that the party’s woes are all due to Jeremy Corbyn do not stand up to objective scrutiny ...
Read more
10th July 2021 / Labour Party, Letters, UK Politics 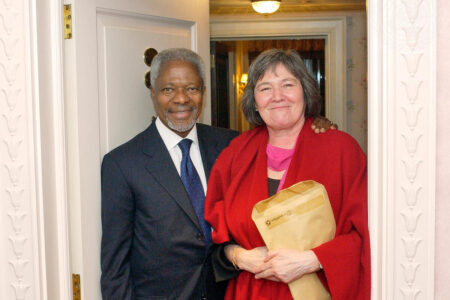 The audacity of change

Clare’s recent lecture: Reflecting on the Demise of DfID

Towards the end of last year, Clare delivered an online lecture entitle Reflecting on the Demise of DfID with the LSE as part of their series ...
Read more
27th February 2021 / Blog, International development, UK Politics 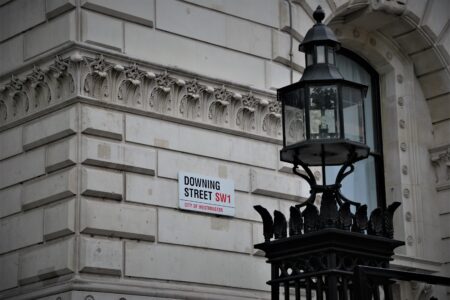 It has been reported this week that, in order to pay for the costs of the coronavirus pandemic, Rishi Sunak is thinking about ditching the ...
Read more
27th February 2021 / Articles, International development, UK Politics

Clare was born in Birmingham in 1946. Prior to entering Parliament, she worked in the Home Office as a civil servant (1970-75). She became MP for Birmingham Ladywood in 1983, occupying the following positions in Labour’s frontbench team: Shadow Minister for Women (1993-5), Shadow Secretary of State for Transport (1995-6) and Opposition Spokesperson for Overseas Development (1996-7). In addition Clare served as a member of Labour’s National Executive Council (1998-1997).

When Labour returned to government in 1997, Clare was appointed the first Secretary of State for International Development.

Clare resigned from the government in 2003 in protest of the UK’s involvement in the Iraq War. She continued to serve as a backbench Labour MP until she resigned the Labour whip in 2006.

Clare left parliamentary politics in 2010 and went on to work with a number of institutions committed to international development. Between 2011 and 2016 Clare served as Chair of the Extractive Industries Transparency Initiative (EITI), the global standard for the transparent governance of oil, gas, and mineral resources across the world. 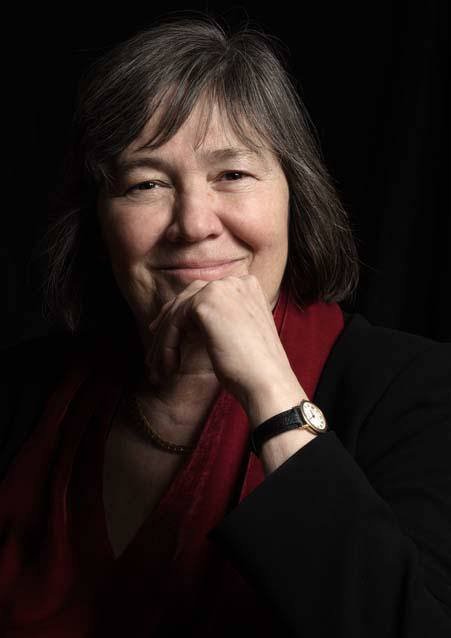 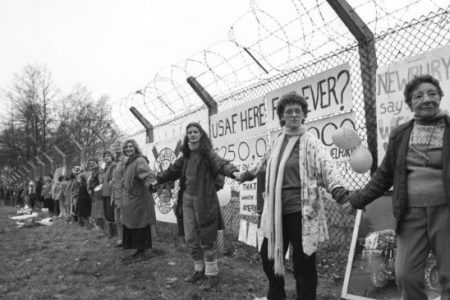 The most famous women's movement committed to civil disobedience in the UK, prior to the Greenham Common Women, were the Suffragettes. They became frustrated at ...
Read More
19th August 2016 / Essays, feminism 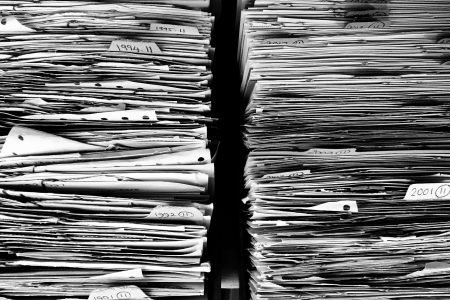 Chilcot is longer than the Harry Potter books put together.

My first glimpse of Clare Short’s face across the hotel lobby sparks a rush of the sort of affection ordinarily reserved for a much-loved, long-lost ...
Read More
20th June 2016 / Chilcot Report, Interviews, Iraq 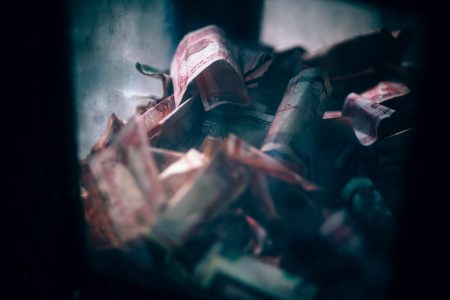 How can the international community do more to tackle corruption?

Prefatory Note On 27th September 2015 I received a letter from David Cameron thanking me for agreeing to contribute a chapter to a book he ...
Read More
27th November 2015 / Essays, extractive industries, International development 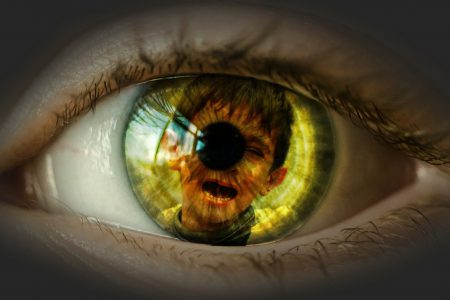 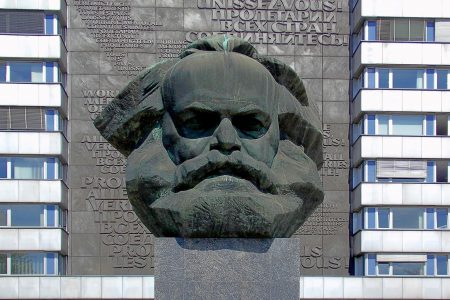 Introduction We need to begin by clarifying what we mean by radical politics. It is often assumed that radical politics are progressive politics and tend ...
Read More
20th October 2009 / economics, environment, Essays, UK Politics 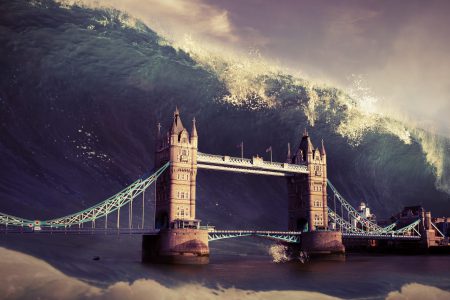 It is notable, that for much of human history, people have thought that they faced an apocalyptical challenge.40% of Americans currently say that they believe ...
Read More
3rd June 2008 / environment, globalisation, Speeches 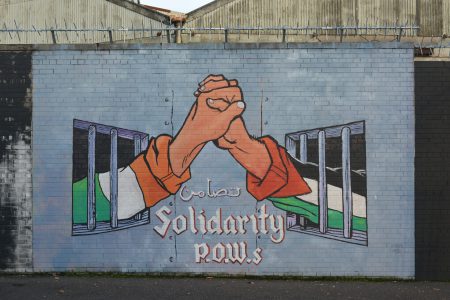 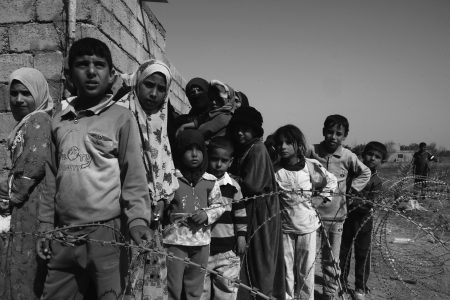 The dangers of a broken multilateral system in a divided world.

These are depressing times. But the situation is not hopeless. There are ways of managing all the threats we face. The problem is that the ...
Read More
23rd February 2006 / environment, International development, resources, Speeches

Since leaving Parliament Clare has worked as chair of many non-governmental advocacy groups, working with communities across the developing world on the following issues.

Mass urbanisation is one of the defining issues of our times. By 2030 two-thirds of the global population will be living in cities yet the vast majority of city dwellers in the developing world live in slums, without access to proper housing and basic infrastructure and services.

Whilst the mismanagement of urban regions contributes to systemic global inequality, in economic terms, urbanisation tends to promote growth. Clare works with the Cities Alliance and other advocacy groups for slum-dwellers to campaign for improvements in urban policy and planning so that cities can serve as poles for international development in the global south.

The catastrophic effects of climate change and man-made environmental degradation are already being registered. In the developing world, lack of adequate public infrastructure and investment means that the poor will suffer most.

Following the work of environmental theorist, Lester Brown, Clare believes that our failure to act to create a more effective global system could lead to a very ugly future, as millions are displaced as a result of climate change, more states collapse into weakness and disorder and wars are fought over water and oil. Clare argues that we must face up to the reality of this dreadful prospect so that we determine to redouble our efforts to avoid such a future.

Read Clare’s work on the environment.

Transparency in the extractive industries

Developing countries often possess vast natural resources but are poorer than comparable states which lack these resources. During her tenure as Chair of the EITI (2011-2016), Clare worked to encourage governments and corporations to make public details of their transactions with the extractive industry and their management of natural resources.

Throughout her career Clare has remained a committed advocate of Palestinian self-determination and emancipation, and has worked with numerous charities and organisations committed to improving living conditions in the occupied territories. Clare believes that a two-state solution to the conflict is becoming impossible because of Israel’s ongoing settlement policy, militarism and undermining of international law.

Clare works with the following organisations.

Clare is Chair of the Cities Alliance, a global partnership formed jointly by the World Bank and the United Nations Centre for Human Settlements.

The Alliance aims to reduce urban poverty in the developing world and to promote the role of cities in advancing sustainable development.

Clare is a patron of the Israeli Committee Against House Demolitions. The ICAHD is an Israeli advocacy group dedicated to non-violent direct action against the demolition of Palestinian homes in the Occupied Territories. It campaigns in support of human rights in the region and seeks to educate the UK public about the realities of life for Palestinians within Israel, Gaza and the West Bank. 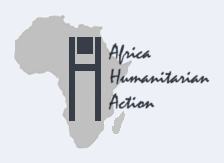 Clare is Trustee of Africa Humanitarian Action, an organisation led and staffed by Africans which was established in 1994 in response to the atrocities of the Rwandan genocide. The AHA continues to provide humanitarian assistance to refugees, internally displaced persons and local communities across Africa.
Articles
Speeches
Interviews
Essays