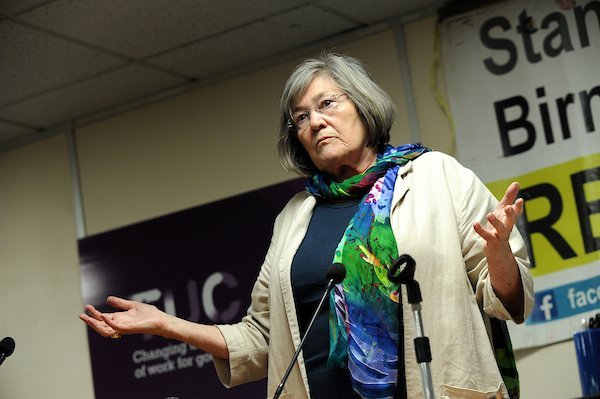 During a Stand Up to Racism (SUTR) march on Saturday 14 July 2018 organised by the trade unions RMT and Unite, several protestors were attacked by supporters of far-right extremist groups. The protest had been organised as a counter-protest to a rally organised by the racist English Defence League.

Clare has added her name to a public letter condemning the violence. The letter can be read here.  Clare is photographed delivering the opening speech of the Midlands TUC and SUTR regional summit, ‘Confronting the Rise in Racism’.